Murders are declining, but other crimes are still disrupting American life.

For the last two years, murders and shootings increased in the U.S., while many other types of crime remained flat or fell. So far in 2022, the trends have reversed.

It’s a confusing combination. The worst forms of crime have been moving in a different direction from other forms of crime. Both developments have big implications for everyday life: The decline in murder is saving lives, but the rise of street crime has created widespread anxiety and problems in many parts of the U.S.

On the New York City subway, the transit authority announced this week that it was installing two security cameras on every car to reassure riders who have avoided the trains because of rising crime rates. “You think Big Brother is watching you on the subway?” Gov. Kathy Hochul said on Tuesday. “You’re absolutely right. That is our intent.”

What explains the dueling crime trends? Today’s newsletter tries to offer some answers.

A drop in murders

First, the good news: Murders in major cities have fallen by 4 percent so far in 2022, compared with the same period in 2021. Shootings nationwide have fallen 2 percent. The decreases are not enough to undo the large increases in 2020 and 2021; the murder rate is still 30 percent above its 2019 level. But the spike appears to have peaked last year.

Annual murder rates in the U.S. 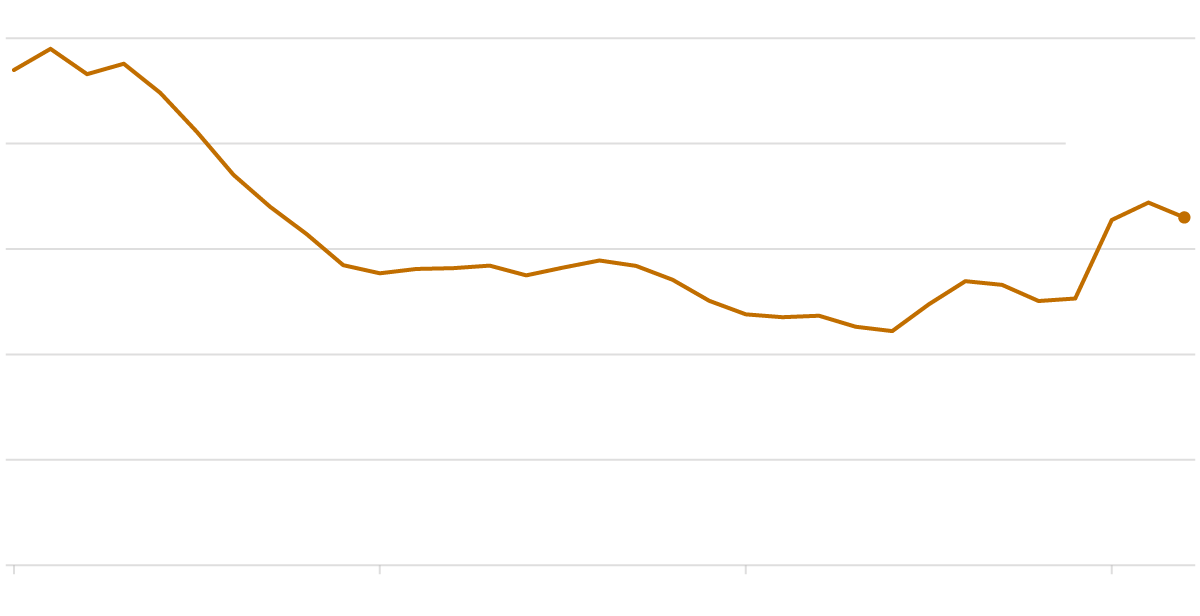 By The New York Times

That’s not entirely surprising. Some of the forces that seemed to have pushed murders and shootings up are now easing (as I explained in a newsletter last month).

Covid disrupted services that helped keep people safe, like policing and addiction treatment programs. The pandemic also closed down schools, which left teenagers idle and stressed. This year, however, the virus’s impact on daily rhythms has waned; the slow return of normalcy has probably helped reduce violent crime.

Another factor is the fallout from George Floyd’s murder in 2020. The horror of his killing damaged police-community relations and made more people skeptical of working with law enforcement. Floyd’s murder probably also contributed to what scholars call “legal cynicism”: When people lose confidence in law enforcement, they are more likely to resolve conflicts through their own means, including violence, instead of the criminal justice system. With more time since Floyd’s death, those effects have also receded.

In that sense, the 2020-21 murder spike looks somewhat like a previous jump in murders in 2015 and 2016. That increase also occurred after protests over police violence, including the killings of Michael Brown in Ferguson, Mo., and of Freddie Gray in Baltimore. And the trend started to reverse within three years.

But there’s also bad news in the recent trends: Many other types of crime, particularly property offenses, are rising. Thefts and robberies in major cities increased by around 20 percent in the first half of 2022, after falling or plateauing the previous two years, the Council on Criminal Justice found.

Several factors explain the increases, experts said. A big one is inflation.

America’s last major crime wave, from the 1960s through the early ’90s, happened alongside a rise in inflation for much of the same time period. That likely was not a coincidence, said Richard Rosenfeld, whose research has linked crime and inflation.

How can inflation lead to more crime? For one, there is a direct link: People might try to get around higher prices by stealing. But a bigger dynamic is also at play, Rosenfeld said: Higher prices can push people to seek cheaper — and potentially stolen — goods at gray markets, such as pawn shops. These purchases effectively boost demand for stolen goods, enticing more thieves and robbers.

Another potential link between crime and inflation is that rising prices can cause broader social distress and discord. When people feel they can no longer afford what they could before, they can lose faith in institutions, particularly the government, and in the direction of their lives. Those people can then lash out, sometimes through crime. (That dynamic helped explain the crime surge that began in the 1960s, some experts believe.)

All of this can eventually lead to more serious crimes, too. Robberies sometimes escalate into murders. Disputes at markets for stolen goods can turn violent. Social discord likely fueled the recent spike in shootings (as my colleague David Leonhardt has explained).

In 2022, inflation does not seem to be leading to more shootings and murders — a sign that the other forces, like the receding of Covid, may be even stronger.

Inflation is obviously not the only cause of the increase in property crimes. As Covid has eased, people are spending more time outside their homes and in more situations where they can be stolen from or robbed, said Anna Harvey, a public safety researcher at New York University. And in response to the spikes in murders and shootings, the police may have shifted resources away from nonviolent crimes, allowing more of those offenses to happen unchecked.

Crime is complicated and multifaceted. A lot of the public discussion and reporting around crime focuses on what the police and the criminal justice system can do. But while law enforcement can play an important role in reducing crime, there are also often deeper problems that the police can’t address — like Covid, social discord and inflation.