I remember the moment I wanted to become a writer. I was fifteen years old, and I  had just been blown away by “The Ballad of Dorothy Parker”, by Prince. Although I  had been a connoisseur of music at an early age (thanks primarily to my father), I had  never been so drawn to a song! I was blown away by…and that’s when things got  “complicated”. For the first time in my life, my vision of the song extended beyond  the mere melody. More than just the words…more than just the music…more than  the two working together so perfectly as to paint the picture in your mind with every  measure…more than a melody that plays in your mind long after it’s finished, but be

gins as if there is no end. More than all of this, I began to create an entirely new  story!

In the past, I began life ‘in song’ as an “extra”. As the song played, I could see the  image, but I was never a part of the story. “Crazy Train” by Ozzie Ozbourne, is a per fect example of my simply standing in the scene. The train was moving, yes, but I

wasn’t on the train nor was I ‘in control’ of it. I was an observer of the “main charac ters”, but I was not the star. However, as I began to grown in music, I graduated to a  “stand-in” role. I studied the script and I was “invited” to the story, thus becoming a  part of it. As I began to study the purpose of melody to sound equations, pitch to  tone theories, and a host of other elements that defines “aesthetically pleasing” in  music, I began to elevate my “expectation” of the art. Soon, I accepted the leading  role and the main character was me! I became the lonely “Man on the Corner” by  Genesis…I was the frustrated guy bangin’ on the drums (although I couldn’t play, nor  had a clue Phil Collins was singing a song about divorce) “In the Air” tonight…I was  the guy with Lucy & Cynthia Rose having “Starfish & Coffee”. As much as I was the  lead character, I was still nothing more than an actor in a script written by someone  else.

When the last note to the ballad had been played, seemingly the song didn’t stop. It  continued on somewhere in my mind that not only had its own set design, but the  characters were already in place! The song extended onward so, that not only was I  offered the opportunity to pen the rest of this beautifully un-ending silent film that  has a supplied soundtrack, but I was up all flippin’ night from the excitement. A rush  had come over me so severe, I literally woke up the next morning like a kid on Christ

mas morning. A writer was born that night, but it has taken several years for me to  even feel comfortable telling people I’m a “writer”. My skills were refined from criti-

cism both in and out of art. My television viewing changed. What used to be greeted  with utter disdain suddenly became a welcomed subject (for whatever reason). I took  notice to what “appealed” to the senses. I noticed that my objections to previously  presented sounds, were then investigated & re-catalogued. What could have been  ‘offensive’ to the pallets, were tasted again to ensure “quality assurance”. I examined  everything I ingested and graded all that crossed my path. Being the agent of chaos  that I am, I questioned others as to why they “accepted” what was being fed to them,  regardless the source.

Seemingly, my generation has ushered in an age of media dependency, and the public  appeared to me as “zombies” dancing to whatever tune the piper’s were playing. The  more I examined the content of the messages being sent through main stream media,  my depression grew greater from the impending doom that was soon to appear.  When “quality entertainment” is defined by planted ex-convicts who portray role  models for separation purposes, drug abusive under-acting individuals who’s lives  will never be perfect, and power hungry horemongers who inaccurately define suc

cess, it’s a wonder why society has issues defining beauty…it’s a wonder as to why  it’s complicated to define beauty in one’s message (art). Art, like life, is not compli cated…it is the combination of simplicities working in concert to produce a compel ling appeal to the witness of said work. Even the most putrid of products can contain  an appealing element that both attracts & entraps a witness. The question that must  be answered by onlookers is what is the “separator”? Where is the line drawn, when it  comes to whether a work “works” or not?

Plato emphasized proportion, harmony and unity when examining aesthetics. Aris totle exhumed the notions of order, symmetry and definiteness. By definition, aes thetics is pertaining to, involving, or concerned with pure emotion and sensation as  opposed to pure intellectuality. So then, art is nothing more than a message from  one sender to a receiver that “should” appeal to the senses. Is anyone paying atten tion to the plural tense in ‘senses’? If there are five (5) senses…if we perceive by way  of our senses…our perceptions mold & churn our beliefs…then, would it not make  sense to be attentive to ALL the “senses” are processing with any communication, be  it art or otherwise? The purpose of any work of art, is to transmit a message. The  appeal of that message is largely induced by the level of the witness. What is the  message’s meaning? Is the meaning congruent with what the senses perceive? Is that  message being conveyed correctly?

There are a number of ‘needs’ that require attention in terms of the message, but the  sole heir of the “is the message being properly presented”, rests on the presenter… the artist. What motivates the artist, and is that motivation visibly apparent in the

work…or does it linger in the shadows? Is the message’s intent clear? The more ele ments added to the piece, the more “dimensionality” is added. As in other aspects of  life, art is not exempt from the asinine ideology that more is better. Too often, artist  (including myself) are guilty of over-indulging in the gluttony of an audience’s acco lades, we completely disrespect the craft (whatever craft we partake in). We drag  story lines out that should have been cut…we sing too many runs in a too long  song…we add too much color to a perfect picture. By adding more than should exist,  we destroy the beauty of perfection and reduce & demean the work to a ‘novelty’ item  as opposed to a collectible.

If we are to produce a better society, then we should be creating better artist. Along  with creating better artist, we should also be demanding of the art we DO ingest! If  poetry is an ‘elevated’ form of artistic expression, then there is a charge…a call…a  responsibility…to produce work that either questions, answers or possess a quality  that contains elements of both as well as entertain. We who would call ourselves  “poets” or those who seek to join the ranks of those regarded as poets, are educa

tional entertainers who appeal to those who would hear. We are creative expression ist who paint pictures with our pens and make magic with our words. We are more  than mere puppets for claps & finger snaps…we are not rappers. We are defenders of  the truth. So, why are SO many of us feeding the foolishness? 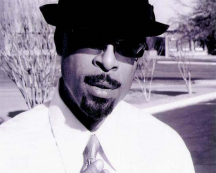