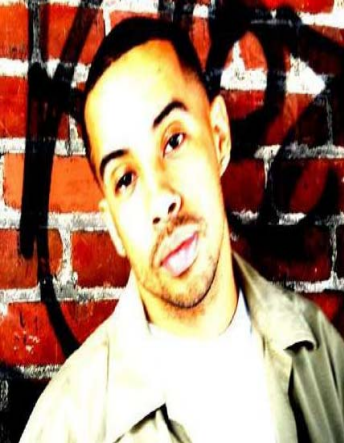 Ise Lyfe Talks to us about Def Jam and life as an educator and Author politics and music and still making time for his poetry.

accomplished so much at a young age

Ld…How do you think your appearance on Def Jam helped your goal on  spreading your craft?

Lyfe…It was great. Of course being there exposed me to an audience of millions I  didn’t have before. It has also given me a platform to travel nationally. People always reference that performance, it was a great experience.

Ld…What made you decide to become an activist?

Lyfe…There was never a moment when I decided to be an activist. I didn’t even  know I was being an activist. I was just looking for an understanding to the root  causes of why my neighborhood looked the way it did, of why our schools were  jacked up, why my father was addicted to drugs and why all these invisible fences

I guess I was activated when I got a job doing regional marketing for Def Jam. It  was the first time I’m traveled out of Oakland and I saw that there were Oaklands  everywhere. The same thing was going on in different hoods all over. That  evolved me and made me want to be a part of changing it.

Ld…Music…. Poetry…. Community are important to you but  what other aspects of your life people might not be aware of?

Umm, I feel like I’m always contemplating love. My whole adult life, I’m always  contemplating the joy or turmoil of a relationship and searching for love. You  don’t hear a whole lot about it when I’m on stage but it’s always molding me.

Also, I like cool things, cool experiences, doing new things. I just like cool experiences. I also get excited about style and fashion. For example, I really like  these Creative Rec Shoes I stumbled on. Now I have like 40 pair of these shoes.

Ld….If you could create your own network that combined aspect of things you loved what  would air and why?

Lyfe…If I had my own network there would be programming to include forums on relationships  involving men AND women with discussions centered around relationship issues.

I think I would also have an urban business show with a clear way to explain starting and running businesses to an urban audience.

I think that the reason people don’t get into business is because it seems like some kind of mystified monster so it would be tight if there were programming with examples that talk about  how to start businesses and also had conversations that were relatable.

I think the network should also have something that ties contemporary hip-hop into old school  hip-hop. Imagine a show where they play the newest songs out at the time, then play the old  music video of the artist who they sampled to make that track. I think that would be a tight  concept.

Ld…What or I should say who would you want to share a stage with and why would you  think that would be a good mix?

Lyfe…I would love to work with Lupe Fiasco, Swiss Beats, or DJ Quick. I would want to open  for alternative rock bands like Modest Mos? I think both our music styles definitely have this  analytical rebellious thing to it. Not so much share a stage with, but really work with.  Ld…What message do you want people to get out of your poetry?

Lyfe…I think the effect my poetry has on some people is either one of two things: It makes  them think about something that they didn’t think about before or it lets them know that they are  not alone in what they have already been thinking. I would like to continue to have that effect.

Ld…What do you look forward to when you see a poet for the first time?

Ld….What made you decide to become commissioner of Arts and Affairs for your city?

Lyfe…Well when I was first approached about it I was “um I don’t know about this,” a city position just sounded like three steps away from being the police to me. But I realized I was having a very naive view of what it would mean to be a commissioner. It turns out that you make  decisions that force the city to fund art in a way that makes sure everyone in Oakland has an

artistic voice and in fact that is exactly what I wanted to be a part of.

Lyfe…When Oscar Grant was murdered different things stood out to me. I took my 9-year-old  nephew to a rally and everything was so negative. When we were riding up he was so excited  about being at this thing. It was his first encounter with social justice advocacy and it wasn’t  “exciting” for lack of a better word then when he goes home and watches a lil Wayne video and  Wayne is talking about death and it sounds beautiful. So we go to a rally talking about freedom  and it sounds sad and dark but Wayne is talking about death and it sounds beautiful. Of course I  wanted to do something about that so we started the Oscar Grant Creative Force Scholarship  Fund. This award goes to young folks that present something, whether it’s an art project, an es say, or any form of art that expresses the kind of community they want to live in or the environment they want to create. Stuff that talks about what they do want and not what they don’t want.  That’s where the idea for the scholarship came from.

Ld….How would you describe your book to students who never expected to see you in  their schools?

Lyfe…I would describe it as something they should read. I would describe it as a look into and  the reflection of the life of a kid growing up in the midst of the crack epidemic. So my book is  hip-hop, it’s resilience, it’s urban but at the same time academic, spoken word, smart ass-y,  funny, sad, but more than anything I think it’s a vulnerable piece.

Ld…If I went to one of your classes what do you want me to get out of it when I leave?

Lyfe….I hope that it played a role in you having an honest discourse with yourself. Around  politics, love and spiritual growth.

Ld…Besides your hometown of East Oakland where would you be surprised to know  that your work is making a difference?

Lyfe…I think I have had an impact in LA, Chicago. I walked out to a sold out audience in Wisconsin, which was crazy.

Ld…Its no secret your record sales… so what do you think makes it easy for your audience to relate to them?

Lyfe…My audience relates to what I’m doing because it’s related to them.

Ld…What’s next? What do you want next to happen in your future?

Lyfe…I hope that one day I’m famous for being a part of a movement that put music and art  back in the right direction. I hope to open a school for children with special powers. I want to  spend some quality years with my mom and I’d be good with that.

Lyfe…I think the first thing is that whatever it is, do it from a sincere place. That you’re not doing it thinking about the money, let it be that you think the world would be better if it had this.

The second thing I’d say is it’s really hard to start a business without any capitol. A lot of folks  have a great idea but they don’t have any start up capitol to get the business moving. So have  the idea while you find a way to generate money to start your business.

Ld…If you could add books to the school system what authors would you add and why?

Lyfe…I think schools should have a whole book, not just a chapter, that addresses the crack epidemic. I think a major void in education is that we don’t talk about what happened in the 1980s  and 1990s and how it affected folks from all different races and economic backgrounds. I think

And I think they should read “Pistols and Prayers.”

Ld…You have a distinctive style why do you think it works so well?

Lyfe…I think because it’s unique. It’s something people haven’t heard before. It’s not just my  cadence, word choice, or flow. I think it’s just the concepts. Sometimes I wonder if people are  really hearing what I’m saying.

Ld…What’s your funniest moment so far in your life?

Lyfe…There has been a lot of funny stuff. Hmm…

I was in a meeting once at Hewlett Packard and this dude laughed hella hard and farted. The  dude was pretty stiff but someone said something funny and he laughed. Out came this loud fart  and the whole room was shocked. Ha-ha